The rugged slopes, abrupt coastline, and slim pools of Cape Breton Island probably looked simply like home to the Scottish migrants who gushed into Nova Scotia (Latin for “New Scotland”) somewhere in the range of 1770 and 1850, yet who could have predicted that its segregation would protect an island of Gaelic culture into the 21st century? With the main local Gaelic-talking populace outside Scotland and Ireland and a flourishing Celtic music and craftsmanship scene, Cape Breton protects its Gaelic legacy with energy.

A glance at a map of Cape Breton shows names—Glencoe, Dundee, Inverness, Dingwall —that are redolent of places the early Scots settlers left behind. Today’s heartland of Gaelic culture runs in a swath through the center of Cape Breton, particularly the Mabou Highlands and lakes and channels that make up Bras d’Or Lake, a major boating destination.

Overlooking St. Ann’s Bay, the Gaelic College of Celtic Arts and Crafts is North America’s only school devoted to the study and preservation of the Gaelic language and Celtic arts and culture. Ceilidh (pronounced kaylee) is the word for a traditional Gaelic social gathering which involves lots of music, singing, and dancing. Check the college’s summertime schedule for an impressive host of these and other events that promise a good dose of all-around fun for visitors and locals alike. Kitchenfest is one of the most ambitious, drawing the best fiddlers from across the island and offering delicious local foods. The college’s Great Hall of Clans museum provides a year-round chance to view the history of the Great Migration, the exodus of the Scottish people for the New World.

At Iona, on Bras d’Or Lake, is the Highland Village Museum, a living history museum set high on a mountainside overlooking Barra Strait. A self-guided trail winds up the side of a hill to a series of ten historic buildings, including a crofter’s hut, farmhouse, blacksmith forge, school, and church that chronicle the life and times of the Scottish immigration to Nova Scotia. If you think you can trace your Scottish roots back to Nova Scotia, their genealogy center is the place to try. The Highland Village hosts Scottish concerts on its outdoor stage throughout the summer .

Don’t miss the coast-hugging hills around Mabou (population 400), another bright outpost of Scottish culture. Gaelic language is still taught at Mabou’s high school, and the Red Shoe Pub, a former grocery store, is one of the best venues in which to enjoy frequently scheduled and impromptu live Celtic music and a pint of ale. Pick up some CDs of local recording artists to play as you tool around the back roads of the island. Just north of town in the forests near Glenville is the Glenora Inn and Distillery, Canada’s only single malt whiskey distillery. The distillery offers full Scottish hospitality, including tours that let you sample a “wee dram,” a pub frequently alive with local Cape Breton music, and a dining room with regional specialties.

If the drams are not so wee and you don’t want to drive, there are comfortable guest rooms in the adjacent inn or in new log chalets with fireplaces, Jacuzzis, and lovely views that will convince you you’ve woken up somewhere in the misty highlands of Scotland. It is not surprising that local folks wait until October, when the summer tourists have gone home, to host the islandwide nine-day Celtic Colours festival, a full-fledged celebration of all things Gaelic, the largest of its kind in North America. There’s plenty of music, workshops on folklore and history, and over 300 artists from around the Celtic world; it’s as if the first Scots landed just yesterday. 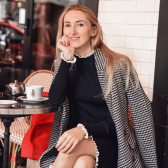